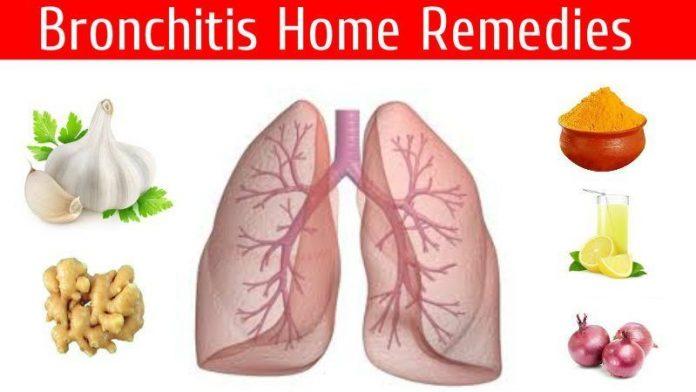 Bronchitis is an inflammatory process that develops on the mucous membrane of the respiratory tract. Etiology can be different – from bacterial or viral infection to allergic reactions, or a persistent reaction to irritation when inhaled toxic substances for the body.

The epithelium of the bronchi swells, purulent or mucopurulent exudate accumulates on it (in severe stages of the disease – sometimes with bloody patches). The lumen of the bronchi narrows, seriously hindering breathing and causing a violent cough. That’s why you need to have funds that have an expectorant effect.

A very big mistake is made by those who treat bronchitis with disregard, not counting it a serious illness: “Think, I caught cold. I cough and it will pass away. ” However, this disease is much more dangerous than it is often thought of.

Therefore, if symptoms appear, urgent measures must be taken. This is an obligatory reference to a doctor, and treatment of bronchitis with folk methods.

Very often it occurs against the background of hypothermia, so it is often perceived only as a cold disease, although the main way of its spread is contact or airborne.

Treatment of bronchitis in the home

To improve the general condition of the diseased, liquefying and expectoration of mucus accumulated in the bronchi and trachea and facilitating breathing, a lot of effective folk remedies are used to suppress the foci of the inflammatory process.

When Should You Skip Physical Exercising

Treatment of bronchitis at Home